Search engine Google brings about massive changes for its user

Recently Google has announced to bring about massive changes in the algorithms of its search engines in order to facilitate the users using mobile-friendly apps. In the recent decade, there has been an increase in the use of smartphones and thereby there is an increase in people using internet from mobile phones. However, the search results which are often showed on your mobile phone screens are not always compatible with your mobile phone. 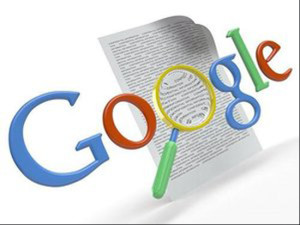 This is because most websites do not have mobile sites and thus it becomes a problem to access the same websites from the phone. In order to relieve the millions of Smartphone users from this problem, search engine giant Google has announced to bring about a couple of changes.

The changes brought about by Google

The most crucial announcement that Google has made is that it strives to give more importance to the mobile friendly websites and has thus decided upon to give them higher ranking. Google has announced that it will bring about massive changes in the algorithm pattern of its search in order to give the websites having a mobile site more preference. Thus, it will facilitate the use of internet and Google from your Smartphone and help you to get access to your desired information easily. Secondly, Google has also announced that for the signed in individuals more information will be provided about the apps of the particular websites which will encourage the viewers to download these apps. Thus, Google is striving to become much more mobile friendly than before. The webmaster of Google has announced that in the increase of the use of smartphones, it was imperative to change the basic structure of their search engine in order to accommodate these users and satisfy them.

The benefits of such changes

The benefits of such changes by Google are manifold. The primary benefit is that those companies who only have a web site and has not developed a mobile site will be driven to create a mobile site. This will be done in order to keep their search rankings higher on Google as compared to the other mobile friendly sites. Every company and websites will now be motivated to make their websites much friendlier for the android users. Secondly, it will also instigate people to use the mobile phones for accessing internet. There are a few individuals who still prefer computers to mobiles due to the compatibility of most website formats in the former. But once, computer and mobile phones starts supporting all the formats, people will be more liberal towards Smartphone browsing. Thirdly, it has also helped Google to support their android operating system. This change will instigate people to use more of the android in order to have access to all the benefits provided by Google to it’s signed in users.

Thus, Google is bringing forth a revolutionary change in the world of Smartphone use. Google is thus proving to be a visionary in maintaining its position as the supreme giant search engine.

https://techiebun.com/2015/03/13/search-engine-google-brings-about-massive-changes-for-its-user/ https://techiebun.com/wp-content/uploads/2015/03/google-76522_1280-1024x606.png https://techiebun.com/wp-content/uploads/2015/03/google-76522_1280-150x150.png 2015-03-13T09:36:25+00:00 Sachin Saxena Digital India News Google,mobile friendly sites,search engine Recently Google has announced to bring about massive changes in the algorithms of its search engines in order to facilitate the users using mobile-friendly apps. In the recent decade, there has been an increase in the use of smartphones and thereby there is an increase in people using internet... Sachin Saxena https://plus.google.com/+VenuseBusinessSolutionsBareilly Sachin Saxena saxena.sachin14@gmail.com Administrator TechieBun 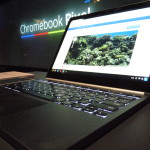 Best Google Products that You Love to buy from Google store