Lava, a mobile producing company, which is now not a unknown name in India, is going to launch new Android phone ‘Pixel V1’ in collaboration with with Google. The price of the phone is not as higher as it costs only Rs. 11, 350 in the partnership with Google.

Mr. Navin Chawla, VP & Head of Product, LAVA International spoke over the launch ceremony that they are enormously delighted about their association with Google for the launch of Lava’s first Android-One gadget, The ‘Pixel V1’.

The Lava ‘pixel V1’ has been created with the close coordination of product R&D teams at Lava and Google. The upcoming ‘Pixel V1’ will be an Android One phone. It is saying that the Android One promised to make the Pixel V1 as a solid offering as it aimed at those users who have value for money in their minds.

[You must read this also:Samsung Galaxy Tab 3 V launched with 3G support]

The phone is so reasonable and it runs Android Lollipop 5.1 version. It is claiming that it will give a 2X performance. The ‘pixel 1’ will keep you update with the latest versions of Android. It is a best for the users who love longevity. It will help to update the future versions of Android by which the users will always be attached with the latest security upgrades. The Lava ‘Pixel V1’ is certified by Google and has been exclusively tested to make sure that it is responsive and fast.

The smartphone has a large sized screen as 5.5 inches for those who prefer to use big size screen phones. The screen is wide HD screen with a slim design. The width of the body is 76.3 mm, as to keep in mind with the 73.6% ratio of its length. It is one of the best in its sections. The color precision and the brightness of the phone is 300% better than the company’s average. Individually, we can say that the phone can detect more than 100 touches at their screen in each second. This feature will make you as happy as it feels you so comfortable to use a Touchscreen phone.

If we discuss about the camera of the Lava ‘Pixel V1’ then we came to know that the phone can take 13 MP BSI Rear camera images that are software improved and 8MP BSI Front camera pictures that are also software improved versions taken from a 5MP sensor. The phone also control to take pictures with 1.4 Micron Pixel size that enter more light per pixel while taking the image and make the image brighter and clearer. The phone’s camera also has an F2.0 aperture to the Rear camera that gives better images and better focus in dim light.

The battery is powered by 2659 mAh high voltage Li-Po, which gives the users 90 minutes more to use the phone when a battery becomes low. The phone has 1.3 GHz Quad core processor and support dual SIM with 3G + 3G connectivity. The Lava ‘Pixel V1’also lets the user to know how to Google voice search & voice commands can use from the home screen only by using the “OK Google” trait made by famous Google’s Nexus range of devices.

Lava ‘Pixel V1’ is available in two colors i.e. White-Silver and Gold around all national retail stores and multi-brand outlets. It is also available online.

https://techiebun.com/2015/08/10/lava-is-going-to-launch-new-android-phone-pixel-v1/ https://techiebun.com/wp-content/uploads/2015/08/Lava-is-going-to-launch-new-Android-phone-‘pixel-V1’-1024x753.jpg https://techiebun.com/wp-content/uploads/2015/08/Lava-is-going-to-launch-new-Android-phone-‘pixel-V1’-150x150.jpg 2015-08-10T09:44:26+00:00 Sachin Saxena News Lava, a mobile producing company, which is now not a unknown name in India, is going to launch new Android phone ‘Pixel V1’ in collaboration with with Google. The price of the phone is not as higher as it costs only Rs. 11, 350 in the partnership with Google. Mr. Navin... Sachin Saxena https://plus.google.com/+VenuseBusinessSolutionsBareilly Sachin Saxena saxena.sachin14@gmail.com Administrator TechieBun 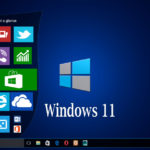 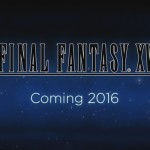